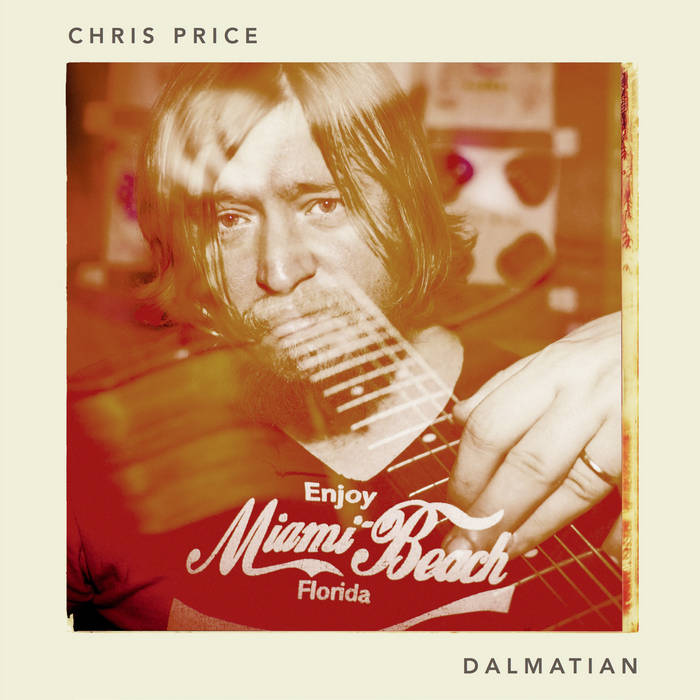 The third album from Chris Price, "Dalmatian" is a collection of 13 tracks from the same sessions that produced the acclaimed 2017 album "Stop Talking". Much was made at the time of that album’s release about the lengthy and highly productive sessions, which left Price with a catalog of nearly 50 tracks to choose from. Some of the best material written and recorded during that time was left off of Stop Talking because it simply didn’t fit. With the arrival of Dalmatian, Price’s brand new third album and second release in only 10 months, that music finds new life in an electrifying new package that begs to be heard from start to finish.

During fall of 2017, Price pored over the remaining work that had been completed over the four-year sessions that lasted from 2013-2017 and began to consider what could be done with it. Inspired by albums like Smiley Smile by the Beach Boys and Amnesiac by Radiohead, which took elements from sessions for other works and repurposed that material in new and different ways, Price began to mold and shape a new LP with tricks and surprises unlike anything he has attempted before.

Price says, “This is a collection of fragments, outcasts and ideas from the sessions that produced Stop Talking. A lot of material that I love was left off of that album for one reason or another. Whether it was because the songs didn’t fit tonally or thematically, or the sonics didn’t match up, I found myself sitting on a pile of stuff that couldn’t find a home. I’m not sure if this is my new album or a companion piece to the last one (Disc 2, if you will). Maybe it’s both. I’ll let everyone else decide. All I know is I’m very proud of this work and I’m so happy to have it out there in the world instead of buried on a hard drive somewhere.”

6. The Dream Is Over (But We're Just Waking Up)
Chris Price - vocals, piano

Bandcamp Daily  your guide to the world of Bandcamp

Cannibal Corpse's George "Corpsegrinder" Fisher stops by for an interview